Reports allow you to get data about the geography of users listening to selected radio stations for a selected period.

Each report consists of a summary with the main indicators, a visual component (graph or map) and a table with data.

As a visual component for the country report, a world map is used, on which countries with different listening numbers are highlighted in colors of different intensity. For reports by regions and cities, a pie chart is used, on which the regions/ cities of the auditions are plotted as a percentage.

In reports by regions and cities, positions that occupy less than 0.75% of the total number of auditions are allocated to a separate category "The rest" so as not to clutter the schedule.

The location of the listeners is determined based on the IP address.
Understanding the geography of your audience.
Features:
Why do you need this report: 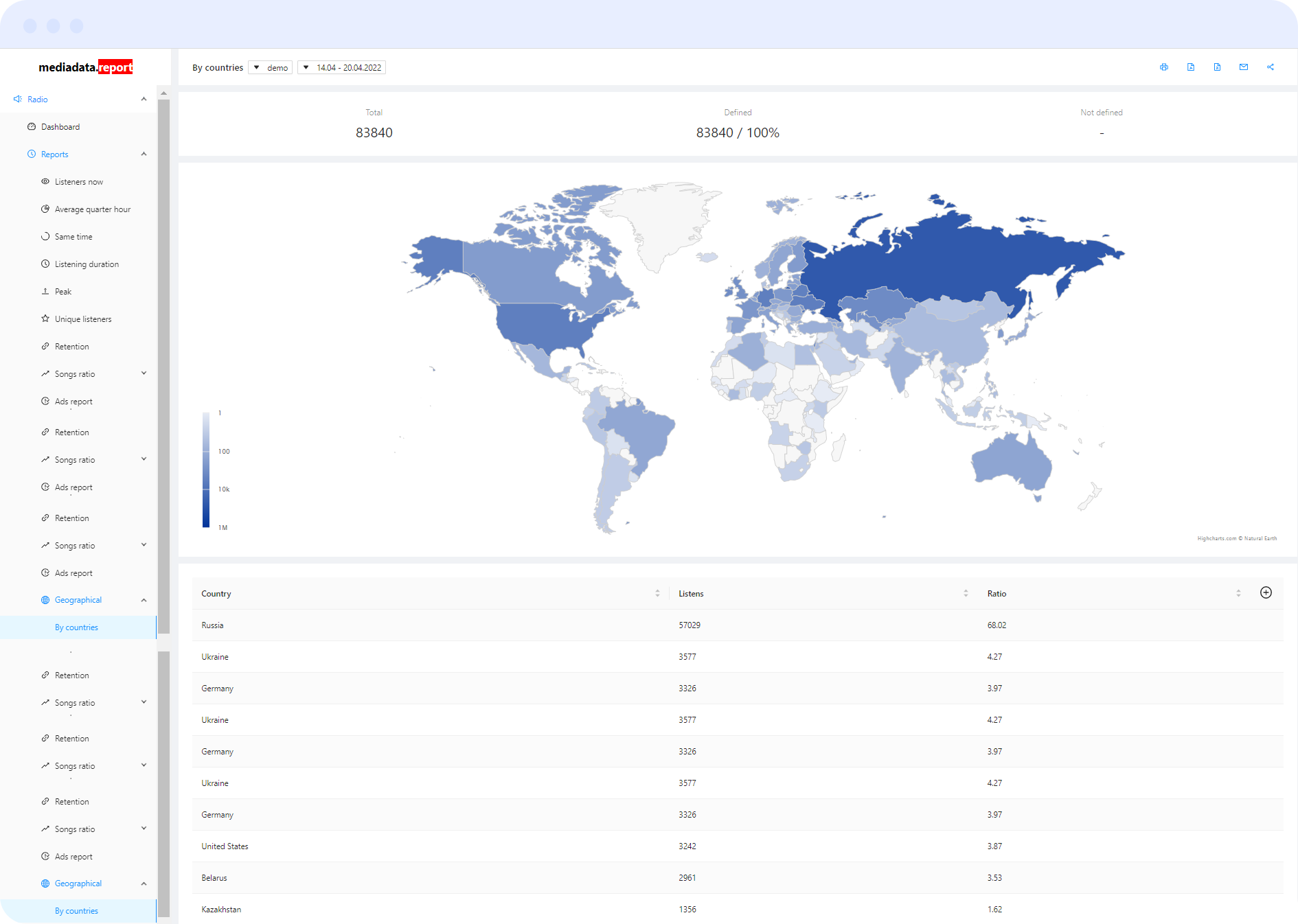